Recent studies released by the Office of Inspector General (OIG) have resulted in increased scrutiny of chiropractic services.  This scrutiny includes audits by the Medicare Administrative Carriers, independent contractors such as Strategic Health Solutions, and most recently, pre-payment audits by the Centers for Medicare and Medicaid Services (CMS).

Lessons can be learned from the audit requests and the findings reported by the reviewers.  The regulations are published, but the emphasis placed on the documentation by the reviewers will lead us to key points to educate doctors and staff.

Last year we saw a significant rise in Medicare audits.  Among the reasons for the increased scrutiny were two studies published by the Office of the Inspector General (OIG).  The first of these studies was titled, CMS Should use Targeted Tactics to Curb Questionable and Inappropriate Payments for Chiropractic Services (http://oig.hhs.gov/oei/reports/oei-01-14-00200.asp).  In this study, the OIG called for CMS to use tactics to decrease chiropractic care that was considered to be maintenance care.  Maintenance care is not a covered service in Medicare, nor most insurance plans.

The OIG followed with another study in 2016, Hundreds of Millions in Medicare Payments for Chiropractic Services Did Not Comply with Medicare Requirements (https://oig.hhs.gov/oas/reports/region9/91402033.pdf).  Based on this report, the OIG recommended for Medicare to determine a reasonable number of chiropractic services that are necessary to actively treat spinal subluxations and implement a system edit to identify services for review in that are in excess of that number. They also recommended to determine whether there should be a limit for the number of chiropractic services that Medicare will reimburse; if so, to take appropriate action to put that limit into effect, and implement a system edit to disallow services in excess of that limit.  In the report, it is noted that CMS did not agree with those findings of the OIG.

We will look at three audit programs to see what knowledge may be gained from the requests and the results.

Arguably the most significant audit began in December 2016.  This was the audit that occurred because of a directive by the Centers for Medicare and Medicaid Services (CMS) that utilized an independent contractor, Strategic Health Solutions (SHS), to audit chiropractic records.  But this was not just any audit; this audit was targeted at chiropractors that were in the top 15% of Medicare utilizers during 2014 and 2015.  You should be aware of your profile with Medicare.  One method to gain that information may be by finding your personal utilization rates and ranking of Medicare services provided at Medicare Unmasked (http://graphics.wsj.com/medicare-billing/).

For the first time in my 20-year experience of auditing, the SHS request was addressed to the “Compliance” department.  When the Patient Protection and Affordable Care Act was signed on March 23, 2010, the act required any provider of Medicare or Medicaid services to have an official Compliance Plan as outlined in the Federal Sentencing Guidelines, Chapter 18, the OIG Compliance Program for Individual and Small Group Physician Practices.  The information can also be found in Compliance Program for the Chiropractic Office, at www.askmario.com.  This further emphasizes the government’s expectancy of a viable compliance plan in the office, that includes a Compliance Officer.  Do you have an effective compliance plan?

In the SHS audit, the “Episode of Care” concept in Medicare emerged. Although the request was for certain date(s) of records, they also asked for the initial report, re-evaluation report, subsequent encounter notes (SOAP notes) and any other supporting documentation.  Remember, the date in box 14 on a Medicare claim represents the start of the treatment for a condition, also known as the beginning of the episode.  Once the patient reaches maximum improvement (MMI), this should be the conclusion of active care for that condition.  One should always be able to identify the beginning and end of an episode of care in Medicare.

The specific reasons for the Railroad denials are (1) The treatment plan was absent or insufficient. Treatment plans most commonly lacked specific goals with objective measures to evaluate treatment effectiveness (2) Objective measures to evaluate treatment effectiveness were missing from the day of service note. Objective measures for the patient progress on each day the patient is treated should be documented in the note for the day.  In other words, if a certain parameter is in your treatment goals, you should be checking it to see if it is improved.  An example would be range of motion.  (3)  Missing or incomplete P.A.R.T. exam elements needed to document the subluxation.  PART proves a subluxation exists.  To show the existence of the subluxation, two of the four elements must be present, one of which must be asymmetry or range of motion abnormality.  (3) Insufficient documentation of the spinal level manipulated.  The segments adjusted must be listed.  You cannot merely state that manipulation was done as palpated and listed in the objective portion of the note. (4)  Documentation submitted is not legible due to poor handwriting or use of obscure abbreviations without providing a key.  Your documentation must be legible.  Also, if it is not written, it never happened.  (5) Signature or an attestation of the signature was not present.  You must legibly sign each note or have an electronic signature. (6)  Notes were not submitted for review.  This is the most glaring reason for wonder.  If the notes are not submitted, then you automatically lose the audit, will have a negative impact on your profile and there will be no appeal rights.  I always recommend sending the notes by United States Post Office, UPS or Fed-Ex with a tracking number and a signature required.  If the carrier contends that the notes were not received, then you have proof that the notes were sent in a timely manner.

Lastly, individual carriers have been auditing chiropractic records through their staff.  This includes the most recent records requests through National Government Services (NGS) for records that consist of billing for 98941, spinal manipulation to three to four regions.  What is significant in this audit request is that in addition to the “episode of care” requests, NGS is also asking for the Advanced Beneficiary Form (ABN) if applicable.  Recent audits of the ABN form have resulted in a 100% error rate!  In addition, a revised ABN form has been released and must replace the previous version by June 21, 2017.

As you can see, there are several requirements needed to meet the criteria for proving medical necessity of care and documentation and coding of the subluxation.  It is imperative that all providers and staff keep up with the requirements necessary to build an effective, ethical compliance plan.  This may be accomplished through classes sponsored by state associations, webinars, and articles.  Ultimately, the best defense is to have your notes preventatively reviewed by a Certified Medical Compliance Specialist or Certified Auditor, knowledgeable in chiropractic care, documentation, and coding.  As the old adage goes, “A lesson learned is a lesson earned!”

Dr. Fucinari is a Certified Medical Compliance Specialist (MCS-P) and a Certified Professional Compliance Officer (CPCO).  He is a member of the Medicare Carrier Advisory Committee.  He is on the speaker’s bureau for NCMIC and Foot Levelers and is a frequent speaker at chiropractic colleges and state associations.  Dr. Mario Fucinari can be contacted at Doc@Askmario.com or through www.Askmario.com. 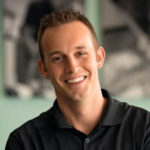 The process of becoming a provider with CHUSA and the overall implementation process was simple. It has also led to more FULL families under care in our office.